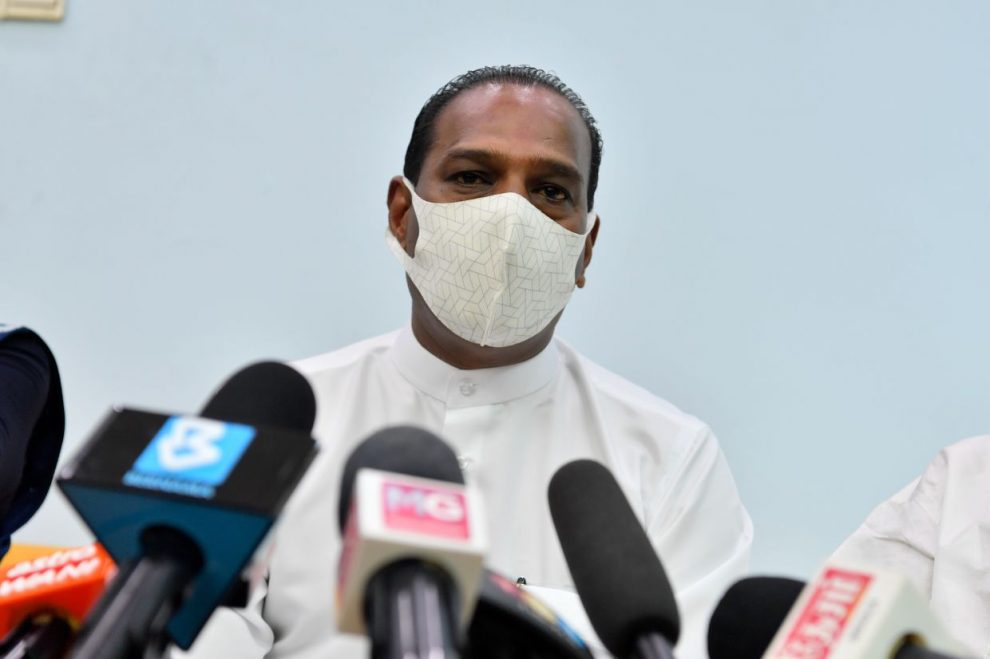 Saravanan, who is also Human Resources Minister, added that he was disheartened with comments from some quarters of the Indian community claiming he did not deliver their message to the government.

“I am disappointed to see the reaction from the Indian community putting the blame on me with regard to the Thaipusam SOP,” he said in response to allegations on social media.

“Some even asked why shopping malls and night markets were permitted to operate fully but not Batu Caves,” he said, adding that the concerns were equally important to be addressed.

Saravanan was speaking at a press conference together with Halimah at Batu Caves on Tuesday (Jan 18) after the launch of Thaipusam celebrations at Sri Maha Mariamman Temple.

Halimah said the ministry could only submit the proposed SOP to the Quartet Ministers’ Meeting but it was not to give the approval.

“When we were told to submit proposed Thaipusam SOP in December, we were advised to hold talks with temple chairmen nationwide, which we did, and the findings were the final SOP proposed to the NSC,” she said.

She added that the existing SOP for non-Muslim houses of worship would take effect again on Jan 20, after Thaipusam SOP ended on Wednesday (Jan 19).

According to Saravanan, despite the Indian community not being entirely happy with the SOP set in place, the devotees have shown great compliance with the guidelines on Tuesday (Jan 18).

He also conveyed his gratitude to Halimah and her ministry as well as the authorities that have been working to keep the compliance in place.

Similarly, former prime minister Datuk Seri Najib Razak, on his annual visit to Batu Caves for Thaipusam, reiterated that Saravanan did not have the authority to make decisions regarding the set SOP.

“I understand the concerns raised by the Indian community regarding the strictness of the SOP where there were restrictions to the total number of visitors and devotees carrying the kavadi.

“In light of that, there should be more leniency given under the condition that there will be no further spread of the virus,” he said.

“We hope that today’s celebration will inspire both the public and government regulators to carry out future celebrations with more ‘normality’,” he said.

THE VIEWS EXPRESSED BY BOTH THE PRESIDENT & DEPUTY PRESIDENT OF MIC HAS BEEN TAKEN OUT OF CONTEXT WITHOUT LOOKING AT THE ISSUES AS WHOLE BUT AS A SEPARATE STAND-ALONE STATEMENTS – THINALAN DATO’ T.RAJAGOPALU, INFORMATION CHIEF OF MIC
Kelonggaran sambutan Thaipusam legakan penganut agama Hindu – Presiden MIC
Comment