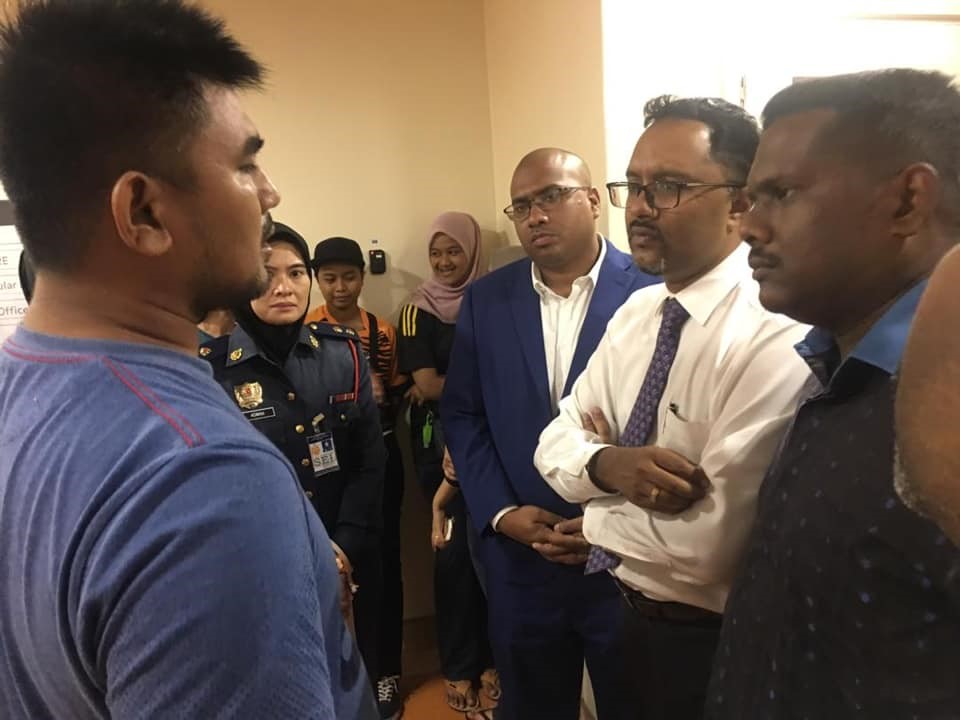 The National MIC Youth visited the victims of the riot caused at Sri Maha Mariamman Temple, Seafield. The riot was caused by the instigation of some irresponsible individual and the carelessness of the government in handling this sensitive issue.

The visit by our youth wing gave console and confidence for the victims. Sdr Thinalan T. Rajagopalu also visited Sdr Muhammad Adib, the Fire Fighter who was attacked brutally and was in a serious condition. The National MIC Youth condemns such kind of attack which had taken place.