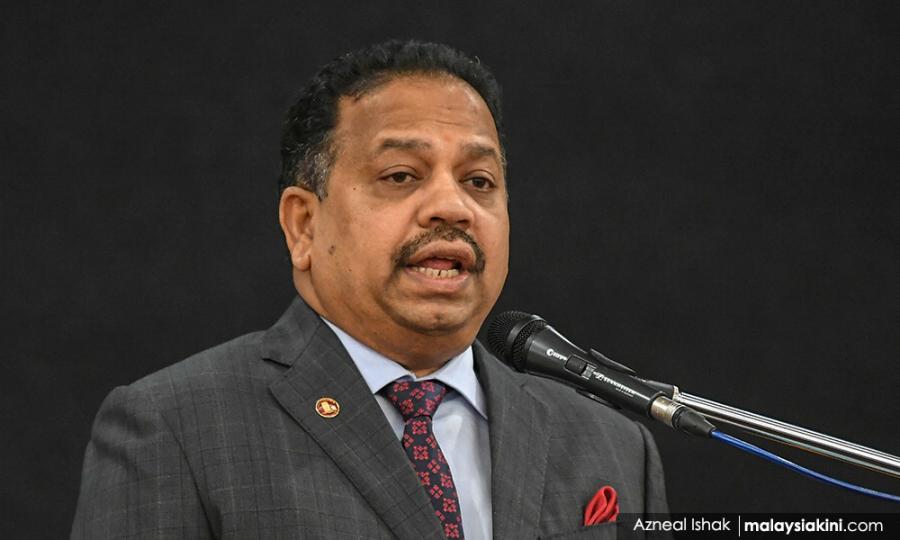 One of the main issues which needs to be resolved if BN is to wage a lone battle in the next general election is who will be the prime minister candidate, according to MIC president SA Vigneswaran.

“If you are going to war, you need a captain.

“Who will be the poster boy for BN? This needs to be resolved. We cannot go for the election under a flag without a captain,” he told Malaysiakini this evening.

Vigneswaran said this is among the questions which would be raised by delegates at MIC’s annual general assembly on April 3.

“Party delegates would like to know what is our stand, and if (we would remain) with BN, who will be the next prime minister? These are questions that must be answered,” he added.

Vigneswaran was responding to Umno president Ahmad Zahid Hamidi, who said he would lead BN, which is now supporting the Perikatan Nasional government, on a solo quest for power in the next general election.

The MIC president said his party is expected to contest under the BN banner in the coming national polls but emphasised the need for a clear direction.

“As of now, we will contest under BN… As far as MIC is concerned, we are with BN. But in BN, we must have a clear road as to how we are going for the election,” he added.

‘Like Umno, we will decide on what is best for us’

Noting that Umno has made a decision with regard to its relationship with Bersatu based on what it thinks is best for Umno, Vigneswaran said other BN parties would do the same as well.

“MIC will make a decision whether to work with Bersatu or not, our own decision.

“…So everybody is now going to make their decision which is good for their respective party. MCA will have to make a decision, and MIC will make a decision.

“And we will see how we will put it together and openly stay together,” he added.

PKR sources hint Umno talks aimed at taking back ‘Bersatu’ seats
Asked if MIC is prepared to work with Pakatan Harapan, Vigneswaran said the party is not a “beautiful woman” with numerous suitors.

He stressed that MIC would continue to stand on its own feet and fight for the Malaysian Indian community.

Speaking at the Umno general assembly yesterday, Zahid reiterated that Umno would not work with opposition leader Anwar Ibrahim, DAP or Bersatu in the next polls.

The Umno AGM also empowered Zahid and the supreme council to decide on an exit date to quit the government.

Umno deputy president Mohamad Hasan in his speech prior to Zahid’s, indicated that the preliminary exit timeline is in August – which is when the state of emergency comes to an end

Respect us or contest GE15 on your own, MIC VP tells Umno
Reasonable to postpone Undi 18 : MIC President
Comment