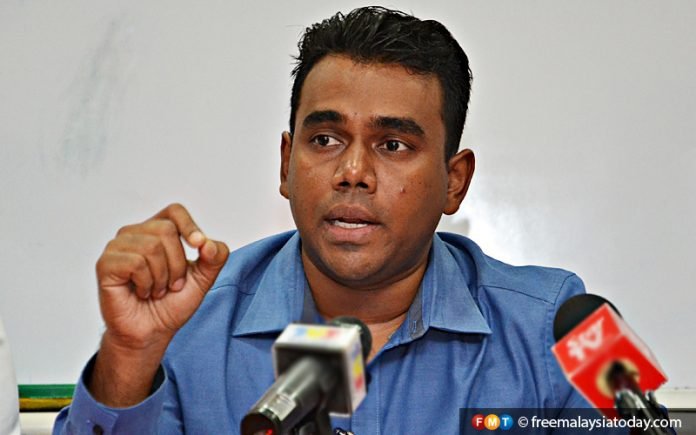 Responding to Sungai Siput Puteri Umno chief Norazura Abdul Karim’s comments today that MIC should let Umno field a candidate in the seat after MIC lost the past three contests, Sivarraajh said Umno should contest the next general election on its own unless it tones down its “arrogance”.

A traditional MIC stronghold, the Singai Siput seat was held by former MIC president VT Sambanthan from 1959 to 1974 and S Samy Vellu from 1974 to 2008.

“I would like to remind Umno’s top leadership to stop using tactics like these. If you are not happy with MIC, you can talk frankly with us,” Sivarraajh said in a statement.

“There is no need to send a representative to talk about matters involving the affairs of the Barisan Nasional Supreme Council, let alone the Sungai Siput parliamentary seat, which is traditionally the MIC president’s seat.

“There is no need to contest as Barisan Nasional.”

The former Cameron Highlands MP reminded Umno that the party should appreciate MIC’s sacrifices and challenged the Umno president (Ahmad Zahid Hamidi) to deny his claim that Umno did not recommend any MIC leaders for the posts of deputy ministers and senators when the Perikatan Nasional-led (PN) government was formed.

He also said that MIC and MCA have been loyal to Umno since BN’s inception, going on to question why Umno leaders found it hard to understand the concept of respect between component partners.

“Don’t think that MIC or MCA are just ‘followers’. Our loyalty has its limits.”