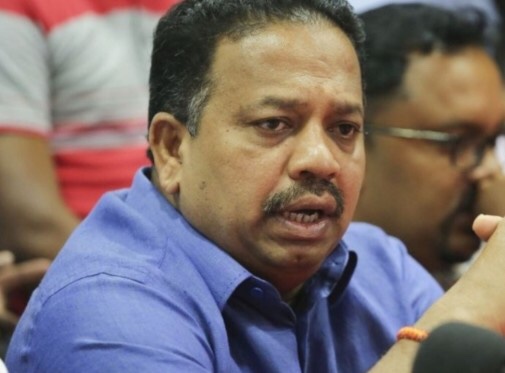 “Nobody, no institution in the country except the institution of His Majesty the Yang di-Pertuan Agong by virtue of Article 43(2)(a) of the Federal Constitution, can appoint the Prime Minister.

“The Yang di-Pertuan Agong shall appoint the Prime Minister after His Majesty is satisfied that he or she has the majority support of Parliament.

“And this power cannot be delegated even to Parliament,” said Vigneswaran yesterday.

The MIC president said as far as he knew, there is no Standing Order where lawmakers can choose a Prime Minister.

He said this in response to interim Prime Minister Tun Dr Mahathir Mohamad’s announcement yesterday that the next premier would be chosen in the Dewan Rakyat on Monday.

“The interim Prime Minister is only to be there as the head.

“His appointment as interim Prime Minister is not because he has commanded the majority of the Parliament – his appointment is only by the virtue of the pleasure of His Majesty,” said Vigneswaran, reiterating that only the King can choose a Prime Minister.

Dr Mahathir had said that after meeting with MPs over two days, the King said that there was no prime minister candidate with a distinct majority and that the right forum to decide would be Dewan Rakyat.

However, Klang MP Charles Santiago said Dr Mahathir must clearly explain what he meant by a “distinct majority”, as by convention, a simple majority is adequate for a leader to form the government.

“Dr Mahathir has to give more information about the ‘distinct majority’ he spoke about just making a statement that there is no person with a distinct majority doesn’t say much.

“As our national politics enters uncharted territory following the collapse of the Pakatan Harapan government, transparency is very crucial.

“We are in uncharted waters. We never had an interim PM before so we have to tread carefully. Every step must be transparent,” said Santiago.
https://www.thestar.com.my/news/nation/2020/02/28/powerless-to-choose-pm