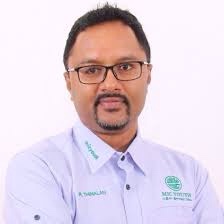 There is a time for diplomacy, where international relations are handled with delicate care. The spat between our Prime Minister and India which impacted our palm oil industry is one such example. However, when there is an outbreak of a fatal virus, all politics and diplomacy should be put aside for the sake of our people’s safety.

The 2019 novel coronavirus, more colloquially known as the Wuhan Virus, or the 2019-nCoV, has been confirmed to have reached Malaysia on 25th January 2019.

Most unfortunately, our government has been slow in handling the crisis which is becoming more and more serious by the day.

Despite the abovementioned confirmation on the 25th, our Prime Minister was still reluctant on the travel ban.

While the government has since then changed its stance and, on the 27th, halted all immigration facilities for Chinese citizens from Wuhan and the areas around Hubei province, it is far from sufficient to address the epidemic.

First of all, China has already confirmed that there are 5 million people who have fled from Wuhan before the lockdown took place. This means that the 5 million people could literally be in any other parts of China before flying to Malaysia.

Secondly, the World Health Organization (WHO) has already confirmed that the Wuhan Virus is capable of spreading during its incubation stage. In other words, the virus is still contagious during the first 14 days where symptoms cannot even be detected. This means that a Chinese tourist coming from China carrying the virus may easily bypass the thermal scan at the airport if the virus is still in its incubation stage.

Thirdly, the recommendation of WHO should be taken with a pinch of salt. Their decision to not declare Public Health Emergency of International Concern (PHEIC) on the situation has received criticisms by many global health experts. In fact, even in recent history, WHO has shown that it can make mistakes too when it repeatedly refused to declare PHEIC on Ebola outbreak in the Democratic Republic of Congo in 2019, before ultimately doing so anyway.

While there may be xenophobes who are attempting to make a racial agenda out of this situation, the government should not make decisions solely to prove that they are capable of counteracting against xenophobia. If anything, this would ironically mean that the provocation is successful. The severity of the outbreak is very real and must be looked at independently of politics. The Malaysian Indian Congress (MIC) Youth urges the government to accede to the request of the rakyat to temporarily impose travel bans on all Chinese tourists before the epidemic gets worse in Malaysia.