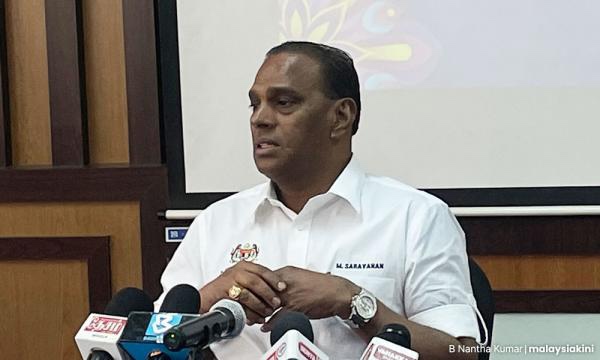 MIC gives up on Cameron Highlands, to run in Teluk Intan instead

MIC has decided to give up its attempt to contest in Cameron Highlands and will be fielding a candidate in Teluk Intan instead.

The party’s deputy president M Saravanan (above) confirmed that the decision was made during a discussion with Umno recently.

“MIC has agreed to this decision but the BN leadership will make the official announcement,” he said in reference to an upcoming meeting involving the presidents of BN’s component parties.
Cameron Highlands was previously held by MIC but was given to Umno to contest in the 2019 by-election, with Ramli Md Noor emerging triumphant.

The Cameron Highlands by-election was held after the Election Commission annulled the victory of BN candidate, MIC’s C Sivarraajh, in the 14th general election (GE14) for allegedly buying votes.

In 2019, however, Ramli defeated three other candidates to win the seat with a majority of 3,238 votes in the by-election, in the process becoming the first Orang Asli MP in Malaysia’s history.

Meanwhile, Saravanan said there is no such thing as a ‘safe seat’ in the coming general election.
“We don’t choose ‘safe’ or unsafe seats. MIC will give a 100 percent commitment to try to win all the contested seats,” he told reporters after the special Deepavali message ceremony in Kuala Lumpur today.

According to BN insiders, MIC had earlier been seeking to reclaim the seat, which is considered one of BN’s safe seats.
“MIC has been asking us to return Cameron Highlands,” said an Umno source, close to the office of party president Ahmad Zahid Hamidi, last month.

Speaking on condition of anonymity, the source claimed Umno is not prepared to do so as it won the seat with a bigger majority compared to MIC in the previous two general elections.

Also last month, another insider claimed MIC was willing to let Umno keep Cameron Highlands in exchange for another “sure-win” seat.
“BN has never lost in Cameron Highlands since 2008. So, MIC is hoping to get a seat with similar prospects for GE15,” said the source.