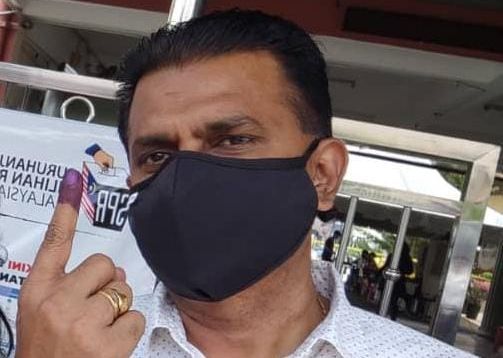 JOHOR BARU: Voter turnout for the Johor election could improve significantly before polling centres close at 6pm, says MIC vice president Datuk M. Asojan.
He said it was a working day for Johor and many workers, especially those in Felda settlements, would only go out to vote later in the day.

“I am sure voter turnout can reach at least 60%.
“This is significantly lower than Johor’s past elections, which have always been above 70%,” he said, adding that voter turnout was 87% in GE14.

He added that concerns about Covid-19 could also have contributed to the lower voter turnout.
According to the Election Commission, voter turnout is only 40% as of 2pm.