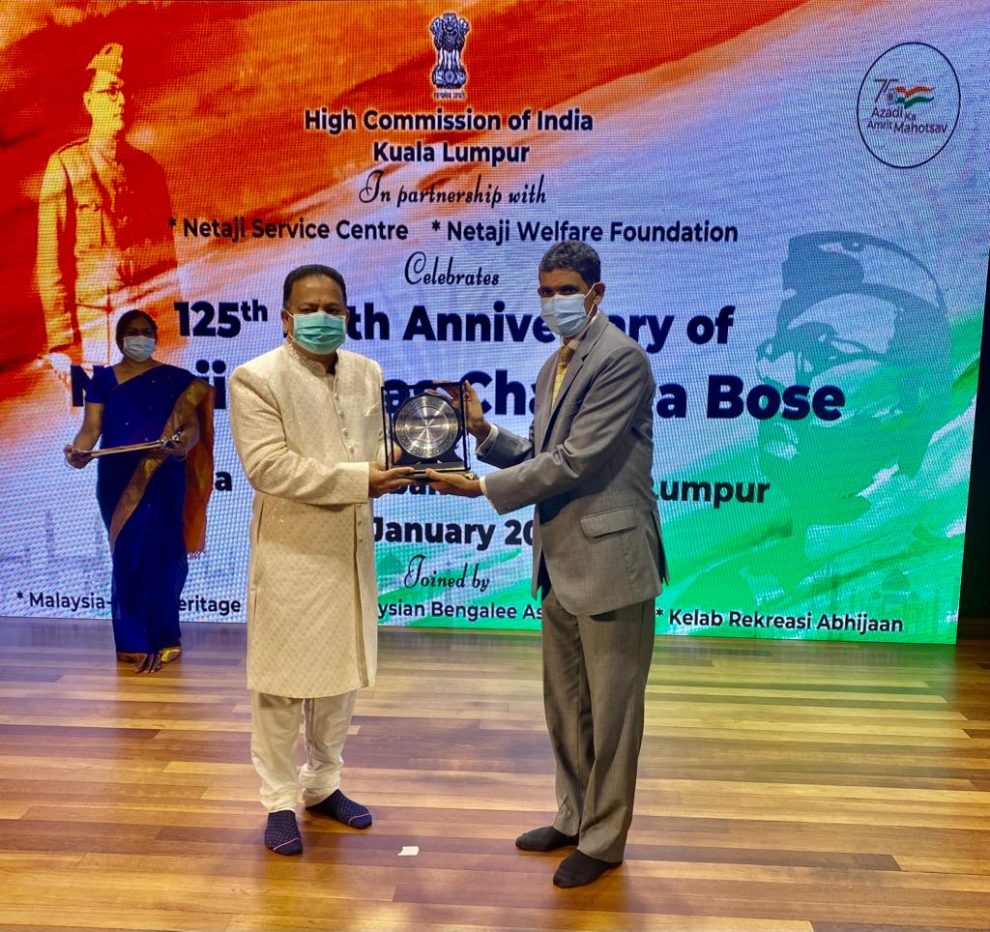 The overseas Indians especially Indians in Malaya contributed immensely to the independence of mother India with their patriotic sacrifices by joining the Indian National Army (INA).

Therefore, it is not surprising when Netaji rightfully puts it, that “when the history of the Indian independence movement is finally written, Indians in Malaya will have a glorious place in that history.”

I would like to end my speech by reading a quote from Netaji’s speech, paying homage to the martyrs of the INA while laying foundation stone of the former INA Monument at Singapore on 8 July 1945.

He on that day said and I quote, “the future generations of Indians who will be born, not as slaves but as free men, because of your colossal sacrifice, will bless your names and proudly proclaim to the world that you, their forbears, fought and suffered reverses in the battle of Manipur, Assam and Burma. But through temporary failure you paved the way to ultimate success and glory.”

At this juncture, I would like announce that MIC is planning to erect a memorial dedicated to Netaji in our new MIC HQ complex which will start construction soon. The quote which I just read will be part of the Memorial. We hope this memorial will inspire our younger generations.