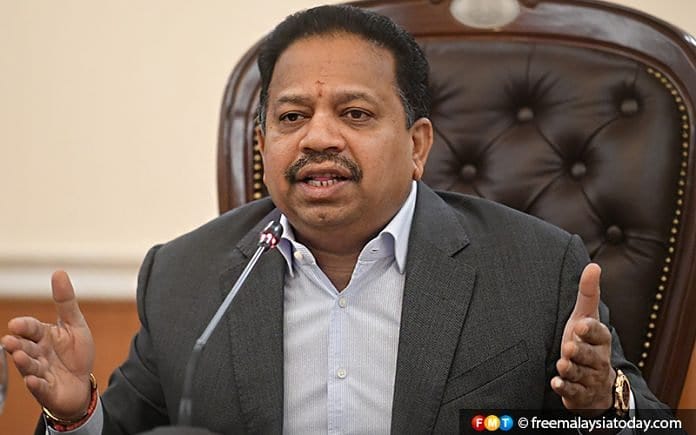 MIC president SA Vigneswaran said the party had always been with Barisan Nasional.

PETALING JAYA: MIC will respect the decision taken by Prime Minister Muhyiddin Yassin to resign as the party feels it is the right thing to do once anyone holding the position loses his majority.

“There are ways of proving your majority in Parliament.

“Since he has gone on national TV stating that he has no majority and has subsequently been rejected by all parties concerned, this supersedes the conventional method of a confidence vote,” MIC president SA Vigneswaran told FMT.

He said he met the prime minister yesterday for a chat on the future direction of the Perikatan Nasional government and he had indicated that he would be submitting his resignation.

“He told us he had tried to do what was best for the rakyat under the prevailing circumstances.

“Since he has conceded he has lost his majority, it’s the most honourable thing to do under the Constitution.”

Vigneswaran said it was now left to the King to decide who should lead the nation.

As for the MIC, he said it had always been with Barisan Nasional and had not changed its direction.

“We will continue to be in the coalition. Eventually, we are guided by what is important for the nation and community. Let’s wait and see what happens tomorrow.”

Earlier today, minister in the prime minister’s department (special functions) Mohd Redzuan Md Yusof was reported as saying that the prime minister was expected to hand over his resignation letter to the King tomorrow after a special Cabinet meeting.

He said this after a meeting of Perikatan Nasional MPs at its headquarters today to discuss the direction the party would take after Muhyiddin, who is president of Bersatu, steps down as prime minister