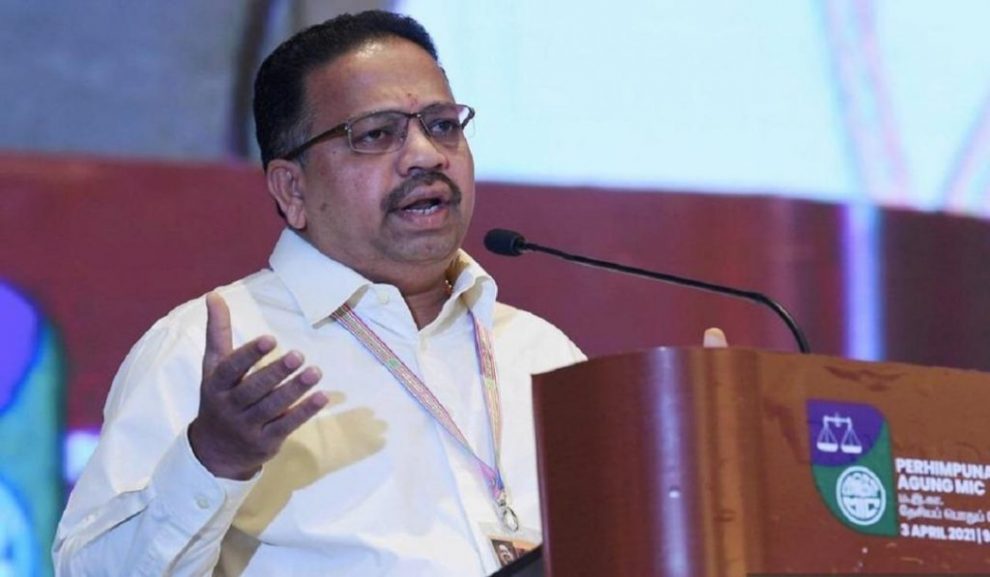 Kuala Lumpur, 6th April 2021- On the 3rd of April 2021, Malaysian Indian Congress had successfully conducted its 74th Annual General Meeting. This AGM was the focal point of the Barisan Nasional coalition partners and many other political leaders in this country as MIC’s decision whether to continue or severe relationships with Perikatan Nasional will be announced.

Prior to this, UMNO in its general assembly had made a collective decision to severe relationship with Perikatan Nasional and indirectly withdrawing support for the Prime Minister, Tan Sri Muhyiddin Yassin.

Following this UMNO President, Datuk Seri Zahid Hamidi had called all the UMNO Ministers in the cabinet to resign with immediate effect. There was a mix reaction to this call by Zahid from the UMNO ministers and majority were against it. After a meeting with PM, UMNO ministers decided to hold office till August, in order to not disarray the governance of the country.

Decision made by UMNO to severe it’s relationship with PN is solely on its own accord. No discussion was made in BN supreme council meeting and coalition partners consent were not obtained.

MIC President, Tan Sri S. Vigneswaran last Saturday during the AGM announced that MIC will give its utmost co-operation to PM, Tan Sri Muhiyiddin Yassin. The PM too, during his speech via online, applauded MIC for its relentless service to the Indian community and nation. He also promised not to neglect the wellbeing of Indian community in this country.

Vigneswaran’s decision to continue support for PM, Tan Sri Muhyiddin Yassin is seen as a bold and courages move. Despite MIC’s close relationship with UMNO, Vigneswaran has put his foot down and spoke his mind, when UMNO made decisions pertaining to PN coalition on its own without discussing in the BN Supreme Council. He has proven to be a leader with ‘balls of steel’.

MIC President’s decision to continue its support for PM, is considered a politically matured and wise decision. Vignes’s courage catapulted the confidence of Indian community towards MIC.

Majority of the Indians are with MIC as they have faith in the leadership of Tan Sri S. Vigneswaran and his Deputy, Datuk Seri M. Saravanan.

This scenario has irked the opposition Indian leaders. They seem not able to digest the fact that Indian community has once again started rallying behind magnanimous MIC. During the PH rule, these leaders failed to voice out for the community and most times denied they were representing the Indian community, leaving the community in the lurch. For almost 22 months the community had no one to seek solace but MIC.

Despite being the opposition, during the PH rule, MIC had never failed to stand up for the Indian community. PH even let down their of leaders who were arrested in LTTE involvement allegations. It was MIC President, who instructed his legal team to assist the detainees.

Now, the opposition ‘so called Indian representative’ are back to action by hurling accusations on MIC. During the AGM, Tan Sri S. Vigneswaran advised that in future temples should be constructed on legally obtained land with all the necessary approval, thus to avoid temple destruction by the authorities.

Many opposition ‘so called Indian representatives’ accused MIC President of justifying temple demolition and sucking up to authorities.

To hoodwink the Indian community and undermine the community has been the ultimate agenda of these so-called opposition Indian representatives. They’ve started their work best done, to criticise MIC. Thinking the Indian community is as naive as before, their task now will be to downplay and sway the attention of Indians away from MIC.

They are now unhappy and dissatisfied with the support Vigneswaran is gaining from the Indian community. They could not accept the fact, Vigneswaran has emerged as the saviour of Indian community with the tremendous courage to voice out even if it’s against big brother, UMNO.