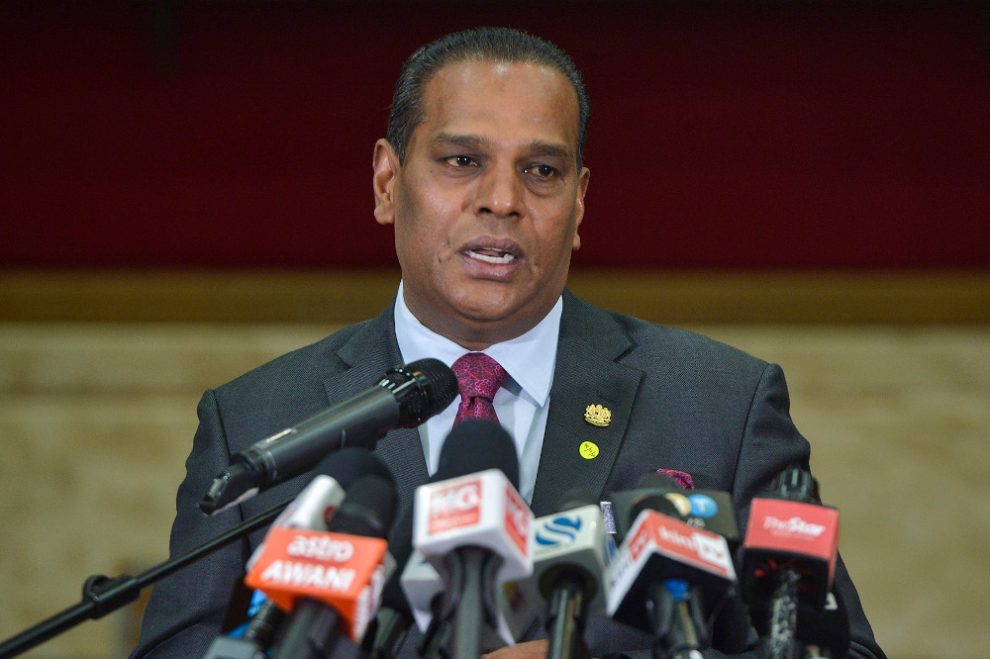 The passionate displays of worship were missing at the Batu Caves Hindu temple during Thaipusam yesterday due to movement curbs but that didn’t keep the spear throwers away.

Their target: Human resources minister M Saravanan who they claimed committed an egregious breach of lockdown rules by turning up at the temple.

Based on a widely circulated video clip, angry devotees, who had to stay home to celebrate the occasion, charged that Saravanan was a privileged devotee.

It didn’t help that a maskless Saravanan got garlanded on his arrival by temple chairman R Nadarajah, who had his mask on his chin.

It all got a bit ridiculous when a group of people went on a walkabout with Saravanan, accompanied by trumpet blowers.

A furore emerged. The now familiar issue of supposed privileges of the elite raged.

Understandably, such anger rises when the mood of the devotees of Lord Murugan, deprived of their annual rituals, is fragile amid a health crisis.

But what if such rage over the “preferential treatment” accorded to Saravanan was fuelled by wild speculation?

Here’s the thing: While we might have ministers who do not give a straight honest answer to a straight question, we should not act on our worst instincts.

On that basis, this column reached out to Saravanan to clarify his presence at the temple and we will let you judge whether what he did was nothing at all, a minor transgression or something grave.

Excerpts of the interview:

The rules were clear and applied to all, so why were you at the temple?

I was invited by the Sri Mahamariamman Devasthanam, which oversees the Batu Caves Murugan Temple, to visit the temple for Thaipusam.

This was because I was involved in assisting the temple over the last week on various matters to ensure Thaipusam was celebrated minus the crowd.

I am also the Hindu Endowment representative in the Cabinet.

As a person in position of power, did you follow the rules?

I was given permission by the police to be present at the temple.

Those who attended the occasion observed strict Covid-19 SOPs and were limited in number, as applied by the temple committee in accordance with the guidelines. The proceedings were also monitored by the authorities.

As a precautionary measure, I did not even ask my officers to accompany me to the temple as I did not want overcrowding there.

Why weren’t you wearing a mask on arrival and when you were garlanded?

I removed the mask just for a second to give way for the garland as mark of respect. I had my mask on all the time after that.

Do you agree that the trumpet blowers who followed you painted a different picture?

Yes. It was not within my control as the playing of the music was already there before my arrival.

Were you privileged to offer prayers at the temple?

Anyone will pray while there, but it’s not the usual kind of prayers.

It is well-known that I am an avid devotee of Lord Murugan and I have never missed celebrating the festival by carrying a kavadi alongside my family annually.

However, I was sad to be at the temple without my family as their presence would have been against the SOPs.

To be sure, this column agrees that there are some politicians who do not care about the people whose lives have been truncated by the health crisis, with their hopes having struck an almighty roadblock.

The people have a huge influence and are right to hold those in power to account. But that comes with an equally huge responsibility to play fair.

So, don’t reach for that “off” switch.