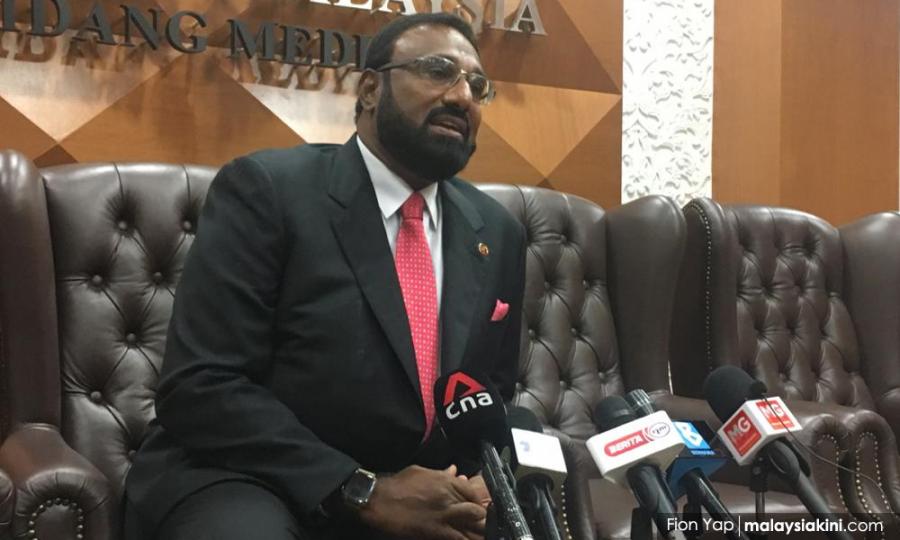 Kedah Menteri Besar Muhammad Sanusi Md Nor’s antics are sabotaging PAS president Abdul Hadi Awang’s efforts to present PAS as an inclusive party, said MIC senator S Vell Paari.
Vell said that Abdul Hadi had personally visited the MIC headquarters in 2019 and expressed a desire for closer cooperation with the Indian party.
“The MIC president’s noble attitude created an opportunity for cooperation between MIC and PAS. MIC believed that PAS would defend the rights of minorities.
“Unfortunately, the MIC-PAS cooperation which the PAS president had hope for is now being sabotaged and destroyed by the Kedah menteri besar,” he said in a statement today.

MIC is seeing increasingly strained relations with Sanusi due to his policy relating to minorities in the state, particularly the Indian community.
Last month, MIC complained Sanusi broke his promise to consult the federal government when he authorised the demolition of a Hindu temple.
Last week, it also criticised Sanusi for cancelling Thaipusam as a holiday in the state.
On both occasions, Sanusi had responded with scathing attacks against MIC.

He previously described his Indian critics as being “drunk on the toddy of popularity” and in the latest round belittled MIC’s ability to attract support.
Vell reminded Sanusi that the PAS central leadership has been working to project an inclusive image to attract supporters from various races.
“But Sanusi’s bullying attitude in Kedah sends a negative signal to minorities in the whole country about PAS,” he said.
Vell added that MIC had no problems with PAS but took issue with Sanusi’s “arrogance”.

He questioned Sanusi’s complaint that MIC supporters weren’t backing PAS, pointing out that the two parties only recently became allies.
“Has Sanusi been busy looking for rare earth elements… on Mars that he does not know about the political landscape in the country?”
In the last general election, PAS and MIC, which is part of BN, were on opposing sides, Vell said.
Therefore, MIC members couldn’t possibly support PAS in the last general election as they were rivals, he added.
MIC is also upset with Sanusi over his efforts to extract rare earth elements in the state despite historical controversies such as the Bukit Merah incident and the Lynas plant in Gebeng, Kuantan.