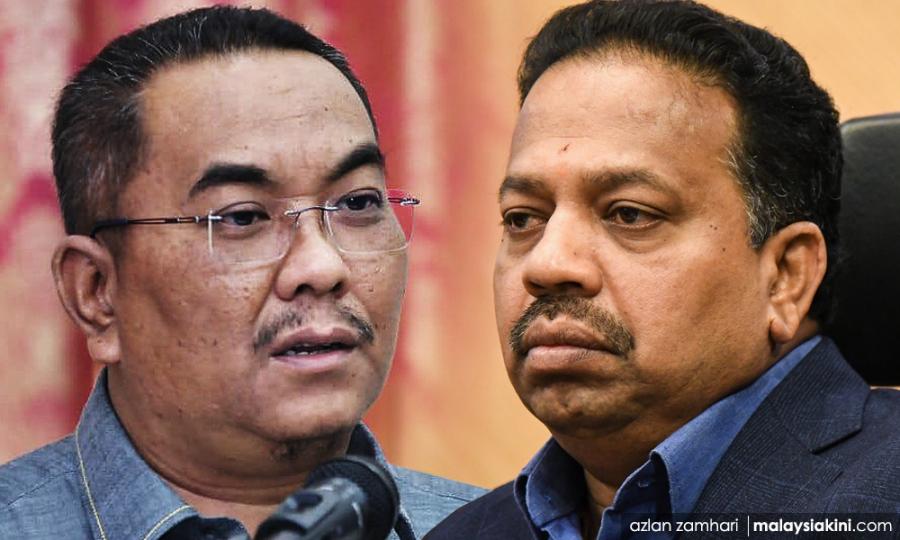 MIC president SA Vigneswaran has blasted the arrogance of Kedah Menteri Besar Muhammad Sanusi Md Nor and challenged the latter to stand in a mixed-electorate seat.

“His arrogance is why people left PAS in the first place and formed Amanah.

“There has been no splinter from MIC over the last 30 years even though there were a lot of issues. The last issue affected a lot of voters, even Malay voters, who traditionally give their support to BN but didn’t do so in GE14.

“This MB doesn’t have to beat his chest as if PAS on its own formed the government in Kedah,” Vigneswaran told Malaysiakini.

He was responding to Sanusi’s remarks that PAS has done very well so far without MIC support and that MIC was unable to win seats on its own.

Sanusi also went on to allege that in the last general election some MIC members even voted for Pakatan Harapan.

“Malas layan (reluctant to indulge) as even in GE14 MIC did not support us either. Most of them voted for Harapan, that’s why MIC was left with only one seat.

“The fact is that the MIC needs votes from non-Indians,” he told Berita Harian.

Vigneswaran said that this sort of behaviour from Sanusi will further alienate voters.

“I can clearly understand why and how Amanah is formed because of people like Kedah MB with his arrogance.

“This MB has no guts to stand in a non-Malay area. MIC and MCA will still stand and take their chances.

“To show how famous and great he is, I challenge Sanusi to run in a mixed seat and see how the voters support him,” he added.

‘I feel sick talking to Sanusi’

In GE14, Sanusi won in Jeneri which has a 93 percent Malay voter base. He secured a 2,455 majority over Umno incumbent Mahadzir Abdul Hamid.

However, Sanusi only bagged 38.4 percent of the votes as Harapan’s Mohd Nazri Abu Hassan played spoiler.

“I feel sick talking to Sanusi. He’s a man who doesn’t use any logic. He is talking like he’s almighty. Next elections Indians in Kedah won’t support him. You can forget it.

“This man is a disgrace and he needs to look in the mirror before talking himself up. He would not be in power without the support of other parties,” said Vigneswaran.

Earlier, Vigneswaran had described Sanusi as an inexperienced leader who did not have the ability to “socialise” with other races and warned that MIC would not arbitrarily support Sanusi in the GE15 for the sake of political interests.

The recent furore erupted after Sanusi announced that the Thaiupusam public holiday would be cancelled, although religious events for the occasion are still allowed with strict conditions.

Thaipusam had been a public holiday in Kedah since 2014

The decision to nix the holiday has courted flak from MIC, Harapan, and even former Umno president Najib Abdul Razak.

In response to criticism, Sanusi said the move was not meant to sideline Hindus and MIC should lobby for the federal government to make it a national holiday.

Prior to this, Sanusi had been accused of being anti-Hindu by critics, after the PAS state government demolished two Hindu temples.

He also hit back at critics then, saying they should not be “drunk on the toddy of popularity”.

However, he denied the remarks were racist but were instead metaphorical and proverbial.