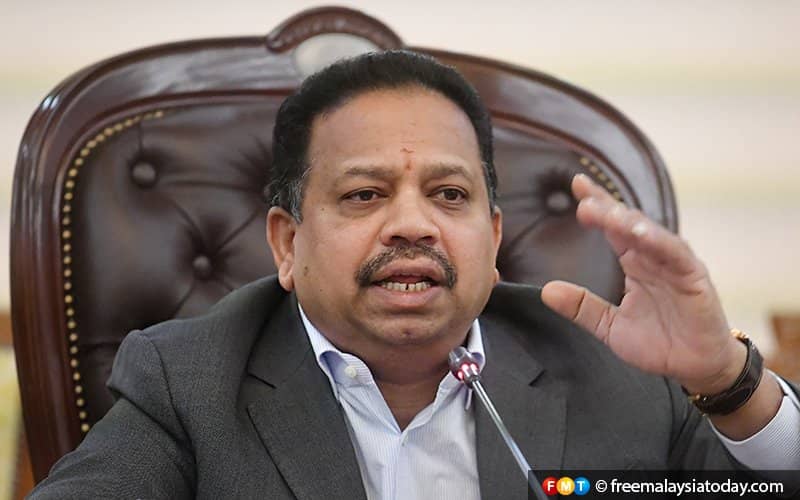 GEORGE TOWN: The spat between MIC and the Kedah state government has worsened with party president S Vigneswaran challenging the menteri besar to say there are no illegal factories in the state.

The challenge comes a day after Muhammad Sanusi Nor had defended the city council for tearing down what he said were illegally built temples. Sanusi said the council was merely upholding the law.

In the past two years, residents in Sungai Petani have complained that the air quality in the area has dropped, claiming illegally-operating factories were carrying out open burning.

Vigneswaran said that since he was all for upholding the law, the menteri besar should easily declare that there were no illegal factories in the state.

Yesterday, Sanusi had told off MIC for wanting to make concessions on enforcement action against illegally-built Hindu temples in the state, following the clearing of one on Tuesday.

“Since he’s talking about upholding the rule of law, I want him to state there are no illegal factories in Kedah. If there are, what action is he taking?

“I must remind him that he is a menteri besar for all Kedahans. At the rate he is going, he is going to humiliate PAS and its electorate further,” he told FMT.

Separately, Vigneswaran also asked Sanusi to respond to claims that he had falsely said there were no allocations from the federal government for Indian affairs in Kedah. He said there was documentary evidence proving otherwise.

“Sanusi did not apologise in the Dewan for making a false remark claiming there was no federal funding,” he said.