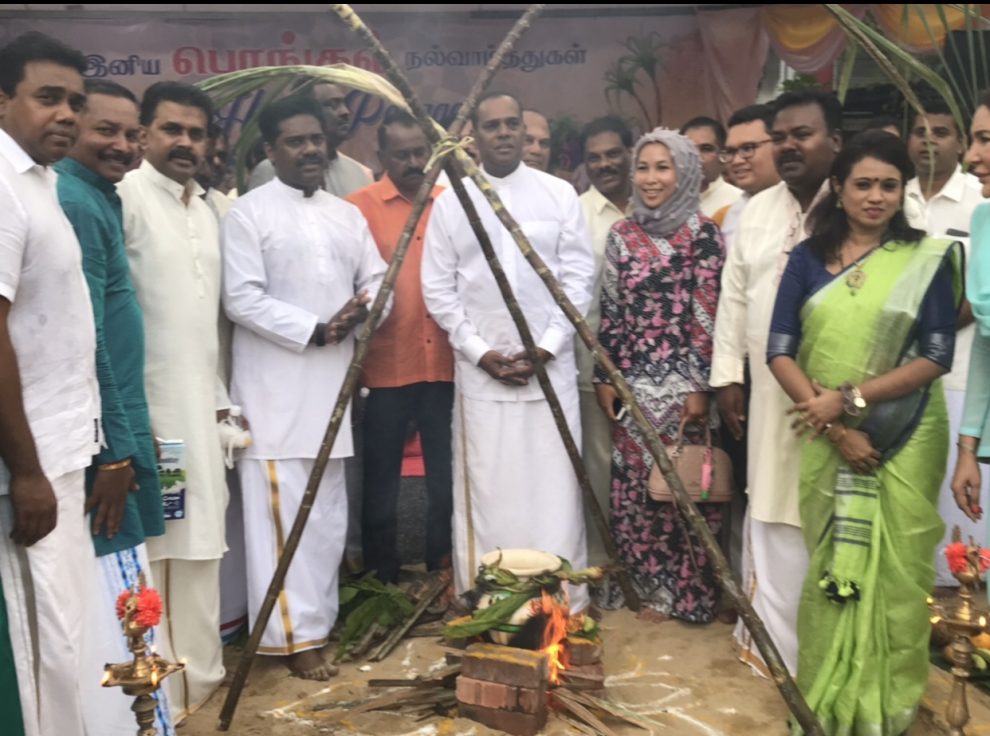 Ponggal is the festival celebrated by Tamils at the end of the harvest season. It is widely embraced by Malaysian Tamils as well, who came dressed in traditional costumes to celebrate at the MIC Ponggal Celebrations that featured the cooking of ponggal, a sweet dish made from milk, rice, nuts and raisins in colourful pots.

Datuk Seri M. Saravanan launched the event by pouring milk into a large clay pot, and the sweet dish was later served to attendees and passers-by.He wished all Malaysian Tamils a blessed Ponggal.

The celebration was held in high spirits by those who attended with cheers of “Ponggal!” as the milk in clay pots started to boil and spill onto the ground. “The spilling milk signifies prosperity and we are thanking the Sun God and Mother Nature for the abundance of harvest” said MIC Secretary General Datuk M. Asojan.

MIC has applied to be party to a lawsuit asking the courts to declare vernacular schools unconstitutional!
PONGGAL A CELEBRATION FOR ALL: P. Kamalanathan
Comment