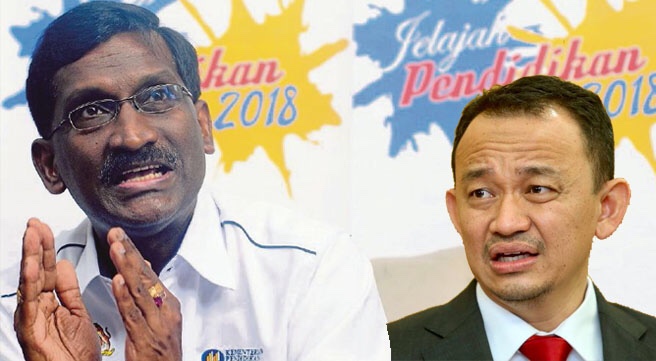 KUALA LUMPUR, 4 JAN 2020 – “Dr.Maszlee (resignation) is the symptom not the cause. If performance was the criteria then many in the cabinet are in jeopardy. The PM himself gave them 50% during their one year anniversary, in 5 months would be 2 years but I doubt the performance will see any major improvement though some maybe worse.”, said Datuk P.Kamalanathan, Former Deputy Minister of Education.

He added the people who voted for change stand disappointed and betrayed and yet the PH coalition is still mired in both internal party politics and national leadership tussles rather than focusing on the prime responsibility which is governing well for the people.

“The people wanted change but what they got for the last 18 months were just lies, more lies & excuses!”, he continues.

Datuk P. Kamalanathan, whom also Chairman of MIC Education Bureau, said he sympathises with Dr. Maszlee Malik in regard to the news focus which sometimes is more sensational and non academic than on tangible educational successes.

“My years as a Deputy Education Minister was challenging, as an example the vast majority of 500 000 teachers are committed and responsible educators who strive to do their job well but the one bad apple makes news headlines while the majority sacrifices and successes are ignored.”, the former minister commented during his tenure as Deputy Minister, Ministry of Education from 2013 – 2018.

Kamalanathan said PH government is floundering because they have promised the world and now are unable to deliver. In almost all aspects of the nation from economic growth to racial relations things have become worse across the board since the new government was formed.

“The sad truth is PH vehicle is on the way to a major breakdown and an overhaul might not be enough. Maszlee’s resignation is just a drop in the ocean of bad policies and decisions affecting the peace and prosperity of Malaysians.”, wrote Kamalanathan in a statement through his facebook.