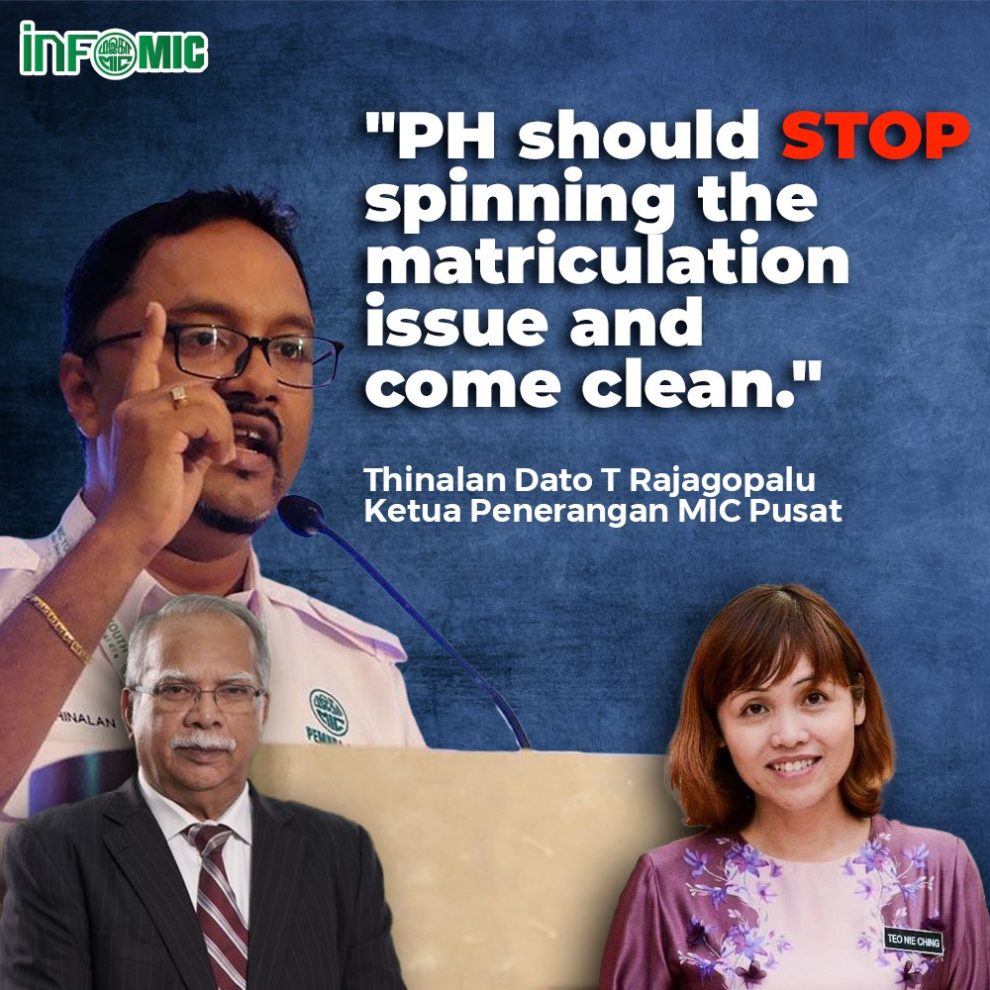 First, MIC was instrumental in securing the matriculation seats for the Indian students to the maximum of 2,200 seats in the 2017 just before the GE14. The number was slashed to half in the following years after PH took over the government, and at numerous occasions MIC have questioned on the opportunity denied to the Indian students, especially those from the B40 category. But never once YB Teo have came forward and publicly disclosed there were almost 2,000 students offered matriculation seats despite continued pressure from MIC. But all of sudden, out of nowhere the 1991 number pops out from YB Teo.

Come on YB, you were dumb and silent when you were in power, but all of sudden you can come up with a very questionable number. We have the record of those 2,200 students offered matriculation seats in 2017, can you provide the same for the 1991 imaginary number you have given?

With the constrained budget due to the Covid-19 pandemic and the virtual learning for most of the last two years, basically very less and limited developments were carried away, not only for the Tamil school, but overall for all the schools. It’s simple logic which YB Teo would still disagree and deny.

Whether MIC is in the government or opposition, we never failed to champion the rights and issues of the Indian community and the rakyat as whole.