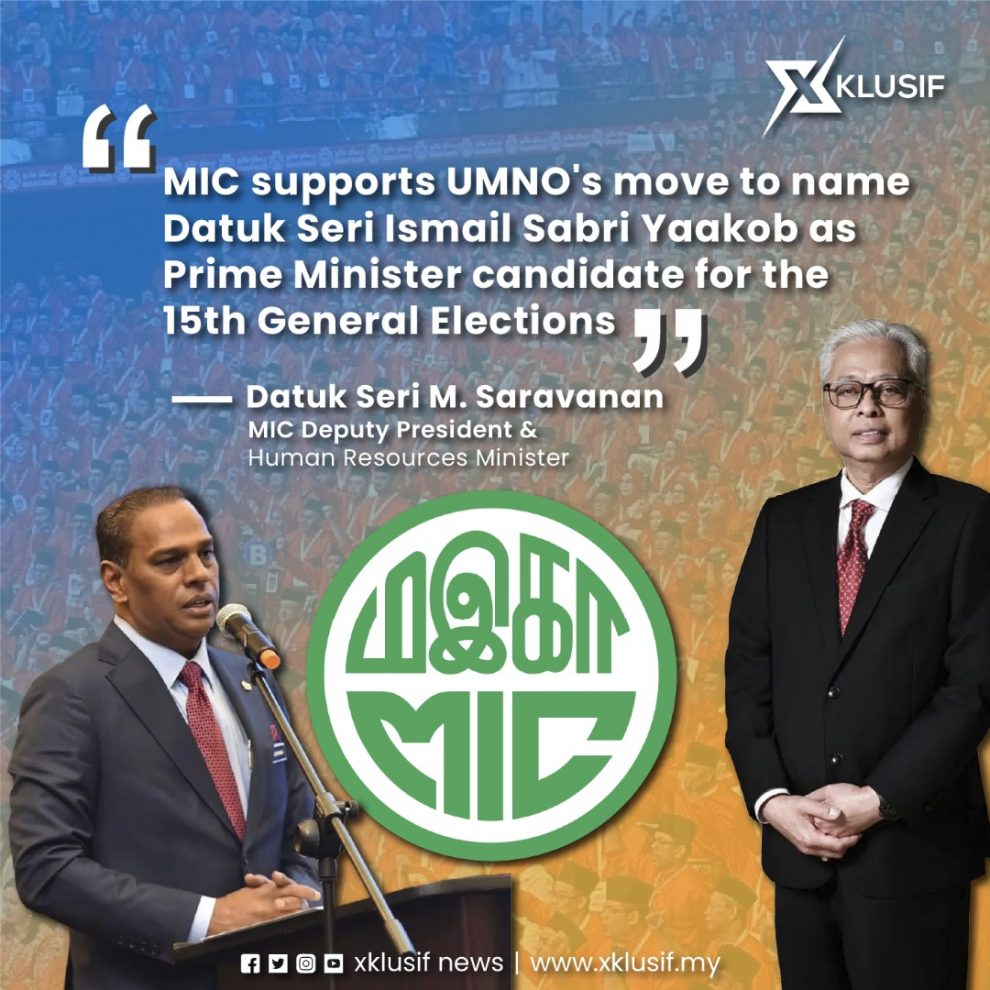 “On behalf of MIC, which is a component party of Barisan Nasional, MIC fully supports the decision to name our current Prime Minister Datuk Seri Ismail Sabri as the PM candidate for the 15th General Elections,” said Human Resources Minister Datuk Seri M.Saravanan, who is also MIC Deputy President.

He said this in a statement to Xklusif.my on behalf of party president Tan Sri S.A Vigneswaran, who is overseas.

Yesterday, the UMNO Supreme Council in a closed-door meeting, decided that the party’s vice-president Ismail Sabri would be the Prime Minister candidate for GE15.

The meeting also saw the party continue supporting the tabling of the Anti-Party Hopping Bill, and that it would not compromise with any parties trying to stall the effort.

MIC’s support for Ismail is to ensure continuity of government policies and a strong and stable government.

” As political stability is an important factor to ensure continued policies, we in the MIC feel he is the right candidate to lead the Barisan Nasional coalition into the next General elections,” Saravanan added.