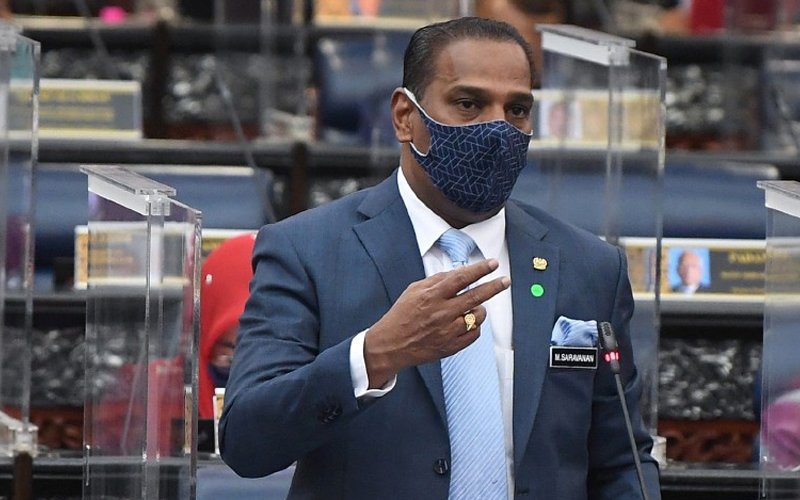 With over RM18 billion spent under WSP through the Social Security Organisation (Socso), Saravanan told the Dewan Rakyat the WSP is one of the popular programmes among industry players and workers.

He said there was great demand from companies, with the ministry ensuring sufficient allocation for the programme throughout the various lockdowns.

“People ask me what’s my legacy during Covid-19, and I can proudly say that with such a big allocation (of RM18 billion), I have saved 2.9 million jobs.

“We have protected the livelihoods of 2.9 million people and prevented over 300,000 firms from folding. So this is a good measure.

“The unemployment rate stands at 4.8%, and this is an issue. But imagine, without the RM18 billion allocated for the WSP, maybe 2.9 million more people would have lost their jobs,” he told Saifuddin Nasution Ismail (PH-Kulim-Bandar Bharu), who asked how big an impact the RM18 billion spent for the WSP had on jobs and firms.

Saravanan said the unemployment rate stood at 4.8% as of July, according to the statistics department, with 768,000 Malaysians jobless.

However, he said, there was a rise of 9,500 going jobless in July, bringing the total number of unemployed Malaysians to 778,000.

He said these efforts would involve various ministries and agencies.