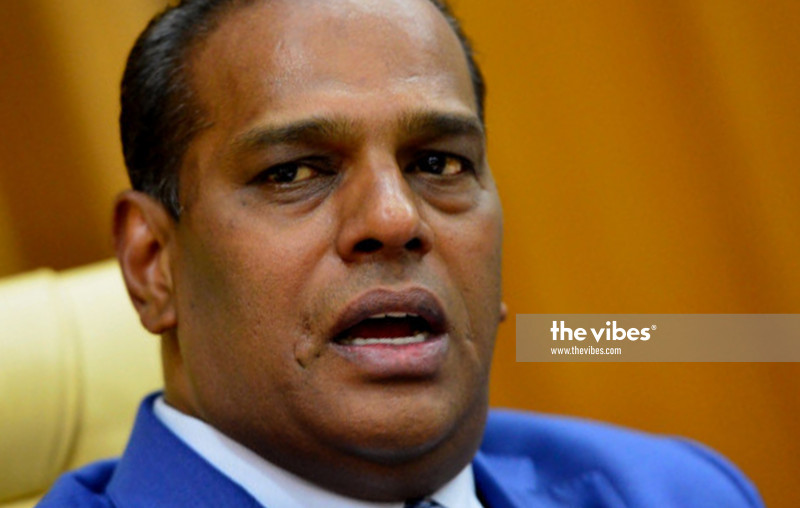 Instead, the MIC deputy president said recognition should be given to Tun Dr Mahathir Mohamad (Langkawi-Pejuang) for ensuring political stability during his first stint as prime minister from 1981 to 2003.

Saravanan added that this helped the country increase its productivity and encouraged more foreign investments, two components he said were key to ensuring a nation’s success and providing job opportunities.

“When Port Dickson was in the government, he was described as the best finance minister in Asia,” he said in the Dewan Rakyat today, referring to Anwar’s time helming the Finance Ministry from 1991 to 1998.

“But this has nothing to do with his credibility (kewibawaan). It has more to do with the political stability shown by Langkawi (Dr Mahathir). That is what’s important.

“When you were the finance minister, I believe Dr Mahathir was the one who ensured stability, and because of that, we succeeded.”

Saravanan added that he believes the memorandum of understanding (MoU) signed by the government and Pakatan Harapan on Monday will ensure similar political stability, and subsequently address the issue of unemployment.

The minister was responding to a question by Anwar on the mismatch between graduates and industry demands, which he said is the main cause of the nation’s high youth unemployment rate.

Upon hearing Saravanan’s remark, Anwar then brought the minister’s attention back to the issue at hand, and urged the former to directly respond to his question.

Saravanan replied: “I agree (that there is a need for programmes to provide training to ensure no mismatch). This will succeed with political stability, and I believe the MoU will give a positive impact.”

Earlier in his reply, he said his ministry is not responsible for providing job opportunities to Malaysians.

Instead, he said the ministry is only in charge of looking after the welfare and well-being of the workforce.

On another question, Saravanan said the unemployment rate in the second quarter of this year has improved compared with last year, with 4.8% in 2021 as opposed to 5.1% during the same period in 2020.

He said this is not due to the improving economy of late, but because many among the youth are taking up any jobs they can find. – The Vibes, September 15, 2021