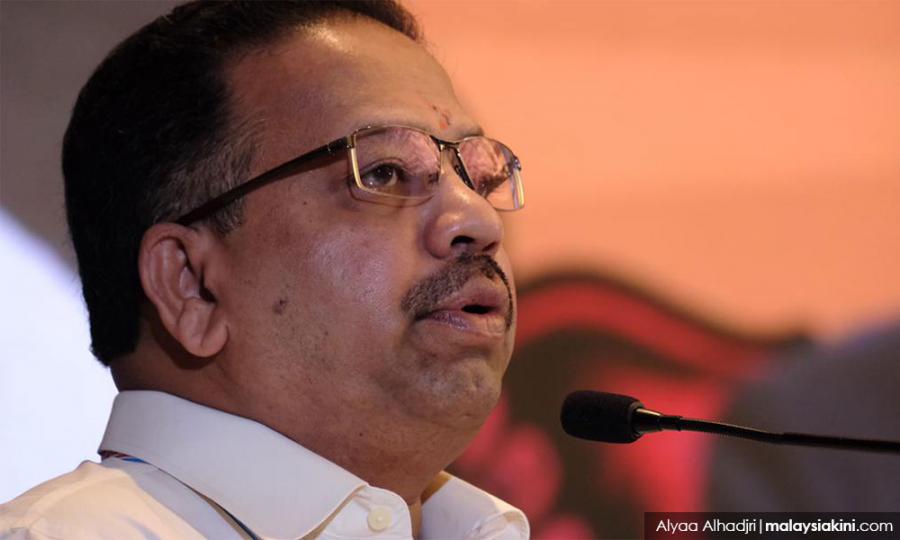 MIC wants Zahid to back Ismail, says other Umno leaders won’t have numbers

His call followed Bersatu president Muhyiddin Yassin’s indication that he will resign as the prime minister later today, after Zahid and 14 other Umno MPs withdrew their support for him, costing Muhyiddin his majority.

Another 23 Umno MPs, including Ismail Sabri, continued to back Muhyiddin but at 100 MPs, it was still 11 short of a simple majority. There are 220 MPs in the Dewan Rakyat and two vacant seats.

Vigneswaran (above) threw his support behind Ismail Sabri, whom he said is BN’s candidate for the post of prime minister.

“I think even Zahid should support – he must support.

“Why? Because he’s from Umno. Umno is going to become the prime minister, why shouldn’t they?” he told Malaysiakini.

Zahid is seen to favour a candidate from his own faction.

Allowing Ismail Sabri to become prime minister could see him grow significantly more powerful, which will put Zahid at a disadvantage at the next Umno leadership elections.

Among the names that have been floated around from Zahid’s faction is Gua Musang MP Tengku Razeleigh Hamzah.

Deputy Prime Minister Ismail Sabri Yaakob
However, Vigneswaran is sceptical of other Umno candidates being able to muster a majority.

“Even if they name (another Umno candidate), they don’t have the numbers. Only Ismail Sabri has got the numbers.

“They can name whoever, but nobody will have the majority.

“There’s no majority unless you get another 200 MPs coming from Mars,” Vigneswaran added.

Ismail Sabri has been on a whirlwind of meetings yesterday to secure the support of government MPs who have previously backed Muhyiddin.

However, Zahid’s 15 MPs are crucial for the current deputy prime minister to secure a majority.

Ismail Sabri’s faction is arguing that with an Umno man at the helm, there would be no reason for Zahid’s faction to continue opposing the PN government headed by Bersatu, as it has been doing