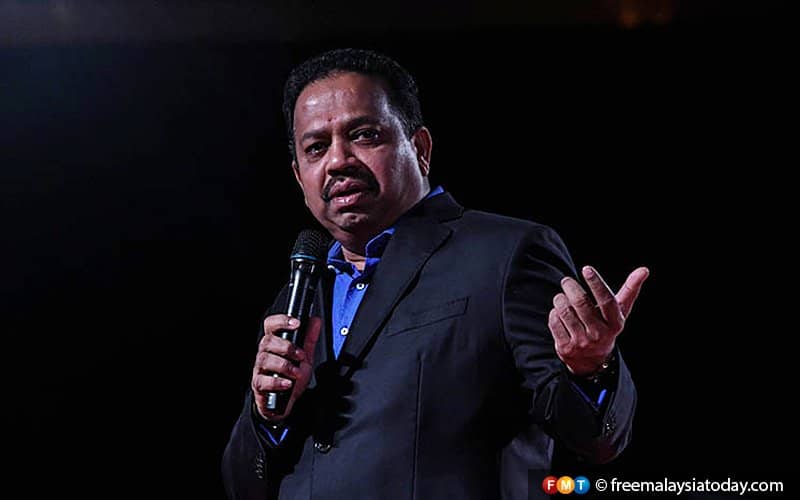 He said his detractors had failed to understand that the position and powers of the Yang di-Pertuan Agong were different from that of the Queen of England.

Vigneswaran was responding to the views of former Federal Court Judge Gopal Sri Ram and lawyer Bastian Pius Vendargon following his suggestion last night that Parliament be prorogued to allow the current government to stay in power so that it could fight the Covid-19 pandemic.

Sri Ram had said any advice by the prime minister to the King to suspend Parliament for an untenable reason could be challenged in court.

Sri Ram said the same point came up for a decision in the case of Miller v Boris Johnson (the British prime minister), in which the Supreme Court struck down the advice to the queen to prorogue Parliament.

He also cited the 1979 case of Teh Cheng Poh v Public Prosecutor, in which the Privy Council held that the advice of the Cabinet to declare emergency could be challenged.

Vigneswaran said today the UK’s constitution was “a white elephant” which did not pronounce the powers and prerogatives offered to its monarch.

“Whereas, in Malaysia we have a written constitution which clearly and distinctly lays down the powers and prerogatives vested onto our Majesty.”

Regarding the case of Teh Cheng Poh v PP, Vigneswaran said it “does not appear to fit in the current scheme of the proposed prorogation”.

“This is due to the fact that in the latter case, Article 40(1) was relied on to say that the Agong was to only act in accordance with the advice of the Cabinet. In differentiating this case, it should be realised that the Federal Constitution has conferred a vast amount of discretionary powers, most pertinently such as Article 55(2) whereby the Agong is allowed to prorogue or dissolve Parliament. This article allows the Agong to act on his own volition without the need to consult anyone.”

Vigneswaran, whose party is part of the ruling government, said the Teh Cheng Poh case was only about the proclamation of a state of emergency and not about the prorogation of Parliament.

“The legitimacy of Covid-19 as a reason to suspend Parliament should not be looked at from a narrow perspective. One needs to understand that if Parliament were to continue in order to decide who becomes the next PM, the inevitable next step would lead to a general election.

“We have learned from the events of the Sabah election, that the outcome in terms of the health and safety of the rakyat would be catastrophic.”

Vigneswaran noted that no country, since 1918, had had to deal with a major pandemic and, therefore, new measures and precautions needed to be taken to ensure that the country did not suffer as it did in 1918.

Commenting on Vendargon’s contention that Vigneswaran had committed an error in reading Article 55 and the Standing Orders in a literal way and that the constitution should be read in a broad, liberal and meaningful way in line with the rule of law, the former Dewan Negara president said the “broad” approach of the framers of the constitution was negated by an amendment by Dr Mahathir Mohamad who introduced Article 40 (1A).

“This in result had subjected His Majesty to act on the advice of the prime minister. Therefore, a clear distinction ought to be drawn between Article 40 (1A) and Article 55(2).”