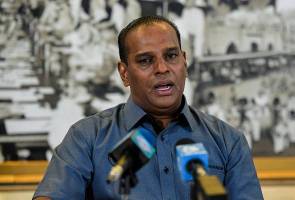 Human Resources Minister Datuk Seri M. Saravanan said the one-day carnival is a continuous programme for people to find jobs and to lower the unemployment rate in the country.

“I have asked the Manpower Department to make this career and skills carnival as a continuous programme so that the unemployment rate can be lowered.

“Malaysians are still being picky when it comes to jobs, so do not waste available opportunities when there are good openings,” he told reporters after officiating the event in Slim River here, today.

Among the jobs on offer at the carnival are in the food and beverage, engineering, services, textiles and manufacturing sectors.

Meanwhile, commenting on MIC’s campaign for the Slim state by-election, Saravanan who is the party’s deputy president said the party has already embarked on its house to house campaign to help Barisan Nasional’s (BN) candidate Mohd Zaidi Aziz.

“The scenario is different compared to the 14th general election. We have seen a change in the mindset of voters, especially the Indian community’s support towards MIC.

“Although the Independent candidate (S. Santhasekaran) is Indian, I am informed that the majority of Indians are with BN as the government today can put them in a better position compared to (previous government) before,” he said.

Indians make up 12 percent of the voters in the Slim state constituency.

Saravanan is also confident that Mohd Zaidi will win with a bigger majority compared to BN’s winning margin in the last election.

The Slim state by-election will see a three-corner fight between BN’s Mohd Zaidi and two Independent candidates, Santhasekaran and Amir Khusyairi Mohamad Tanusi, 38, who was nominated by Parti Pejuang Tanahair, the newly formed party that is in the process of being registered.

A total of 23,094 voters are eligible to vote in the Slim by-election on Aug 29. The Slim state seat has been left vacant following the death of its four-term BN assemblyman Datuk Mohd Khusairi Abdul Talib, who died from a heart attack on July 15.