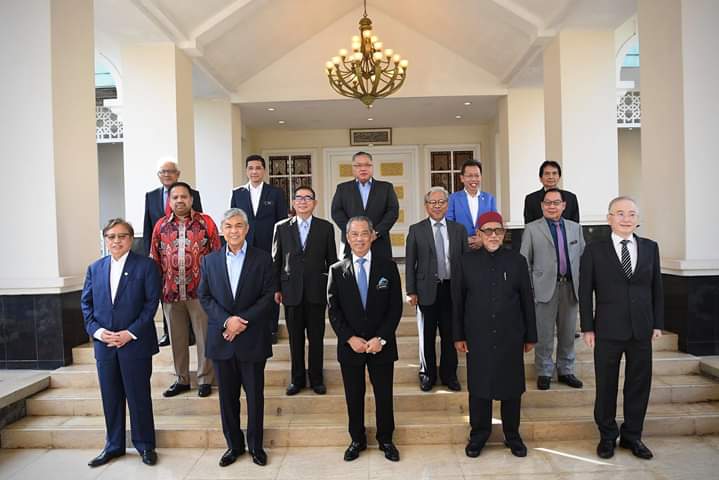 A meeting of top Perikatan Nasional leaders today reiterated their backing of Prime Minister Muhyiddin Yassin.
They also resolved to strengthen cooperation but no mention was made about formalising the coalition.
The Bersatu president said the leaders met in Putrajaya this evening.
“All leaders expressed support for Muhyiddin (me) and are in consensus to strengthen understanding and cooperation for the sake of political stability, the people’s well-being and the country’s prosperity,” Muhyiddin said a statement on Facebook.

Also present were PN government whip Azmin Ali and Bersatu secretary-general Hamzah Zainuddin.
PBB, SUPP, PDP and PRS are part of the Sarawak-based GPS coalition while Umno, MCA, MIC and PBRS are part of BN.
Umno also has an alliance with PAS under the Muafakat Nasional banner.
Prior to the meeting today, Muafakat Nasional and Bersatu had a separate meeting last night on formalising PN but have yet to arrive at a final decision.
The PN government came into power after the collapsed of the Pakatan Harapan government in late February.
Muhyiddin was sworn in as the new prime minister on March 1 after putting together a new coalition comprising Bersatu, PKR defectors, BN, PAS, GPS, PBS and STAR.
https://m.malaysiakini.com/news/532646