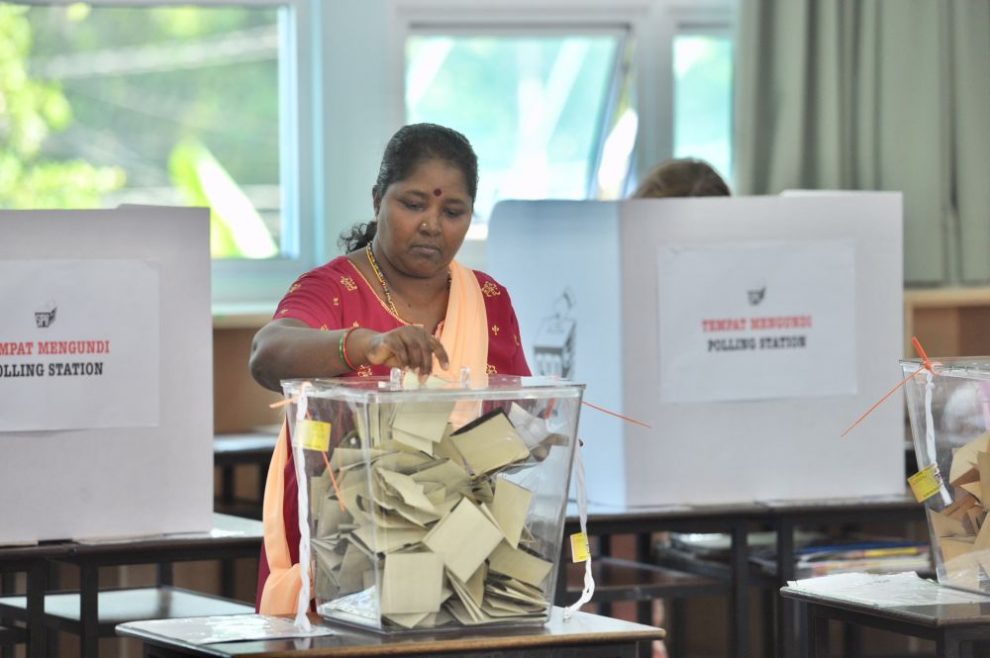 JOHOR BARU, Oct 7 — MIC is confident that it can contribute towards a Barisan Nasional (BN) win in the coming Tanjung Piai by-election despite the Indian community being the smallest percentage of the electorate.

Johor MIC information chief Deva Sangaran said the state chapter will mobilise its strength and make sure the 500 registered Indian voters in the parliamentary constituency exercise their right to vote on polling day.

“The Indian community may be small, but the state MIC is taking a serious view in making sure that the BN candidate will get the support from us.

“We at the party’s state-level will try to mobilise as many of our members to assist in the campaign running-up to the polls on November 16,” said Deva when contacted by Malay Mail today.

He was commenting on the Johor MIC’s support for BN during the Tanjung Piai by-elections despite registered Indian voters making up only 1 per cent of the electorate.

Deva, who is expected to be the state MIC’s media director for the Tanjung Piai by-election, said he believes the Indian community is still solidly behind BN.

“Based on the last general election (GE14), the Indian community was BN and this time round MIC will work hard to make sure that the support continues,” he said, adding that the Indian electorate may prove to hold the balance of power despite their small numbers as BN only lost by 524 votes to Pakatan Harapan (PH).

Overall, Deva believed that the current voter sentiment was positive towards BN as the PH government has failed to address many issues after 16 months of being in power.

He said despite being in the Opposition now, the state MIC’s new leadership has been very dynamic in its objectives to uphold the Indian community as well as establishing a strategic cooperation with its PAS allies under the Muafakat Nasional banner.

“This is also a good time for Johor MIC to encourage our 450,000 members from 26 division state-wide to rally for BN in the coming Tanjung Piai by-election,” said Deva, who is also the state party’s former youth chief.

Tanjung Piai is a mixed voter parliamentary constituency with a total of 52,986 voters, consisting of 57 per cent Malay, 42 per cent Chinese and 1 per cent Indian voters.

The Tanjung Piai seat fell vacant after the death of its MP Datuk Dr Md Farid Md Rafik on September 21 from a heart attack.

Tanjung Piai has traditionally been considered the domain of the BN’s Chinese party, but grassroots Umno members have recently been pushing to contest the federal seat, believing they have a better chance as a majority of voters there are now Malay.