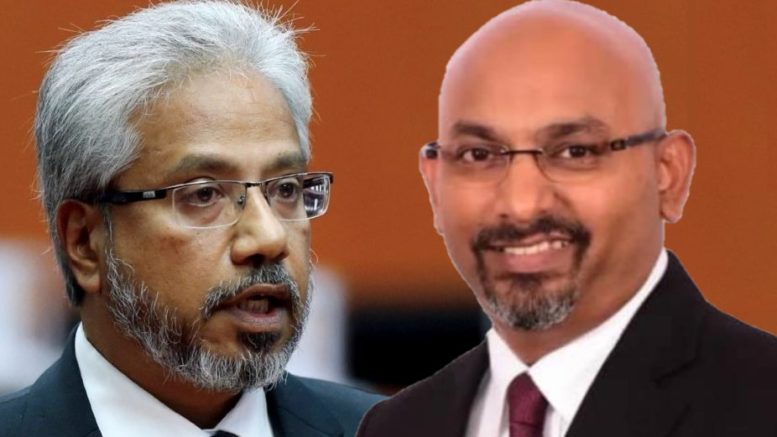 1. Your claim that the Indian community’s basic rights have not been granted by the previous BN government. What were the basic rights which were not awarded please? If any, have the rights been accorded under your Pakatan government?

2. Your lament of parents pestering kids to study, but after kids achieve their target, they don’t have access to higher education opportunities.

– Malaysia Indian Congress demanded & received an allocation of 2,200 seats for the Indian community (2017/18) in Matriculation, from a total of 25,000 seats

– Did you question the Education Minister or government of which you are a Minister with now, and fight for more seats for our Indian students? Did you? Kindly enlighten me.

3. Bangladeshis given local jobs by BN government, claimed by you, apparently depriving Indians of job opportunities.

– Since you now have all the records as Minister in PMO, please go through them and see how many Indians have become skilled under these programs, increasing job opportunity prospects and entrepreneurship

– Please give us stats of how current programs have been doing under your direction, now that you are in office? How have you helped improve this? Maybe you can do what many of your peers are doing, just rename an initiative by the BN government and take credit for it!

– Also, have you reduced the alleged influx of Bangladeshis to give better job opportunities to the Indians who BN/Malaysia Indian Congress have trained into skilled workers?

4. Your Tekun loan query, whether it “goes down to the people”.

– With all the records privy to you, find out how many Indian have benefited

– Justify and prove how YOU have now made sure the RM100m from Mitra has reached the people.

– Please justify the RM100m given under you for the Indian community, where has it been channeled to; and I’m not taking about the Mitra website!

5. Previously, you have clearly stated you don’t want to be a politician

– Why go back on your words? Formed a political party, sitting in JPM now, what does that make you? A good samaritan?

– The fact is you will say anything to sound honourable, but your words have no value.

6. Another proof of your weightless words?

Remember your promise of “RM1m for each Malaysian Indian from the British government”? Sigh, how many people have even expired waiting for that promised pot of gold. If only they knew it was another one of your gimmicks!

In all your tirade against MIC & BN, continuously pointing a finger at what the then government was doing, bet you never thought the day would come where the 4 fingers you always had pointing back at you would blow up on your face!! MIC study loans amounting RM147m has benefited 11,271 low income students through MIED over 33 years, having a positive chain effect of the improved quality of life of Malaysian Indians. That’s approximately 342 students per year. Just how many students from the Indian community have you helped this last one year in office? Please feel free to share. So MIC can forward the plight and pleas of the many community members who still flock our offices, looking for help, to you Mr Minister.

I am looking forward to your reply on the above, plus hear about your policy changes and direction!

Last but not least, you are answerable to the community as well, not just to PM Tun Dr Mahathir!