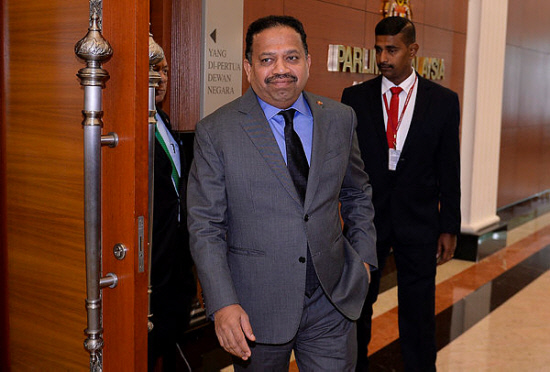 KUALA LUMPUR: MIC president Tan Sri S. A. Vigneswaran says the party has no problem working with PAS although it is not part of the Barisan Nasional coalition. Vigneswaran said MIC stands to benefit from Umno-PAS co-operation, as the two parties had proven in the last two by-elections that they could attract 70% of the votes.

“This (collaboration) will be beneficial for MIC,” he said.

Vigneswaran also noted that unlike in the past, Umno was now more accommodating under the leadership of Datuk Seri Mohamad Hasan.

“Umno is now opening up to accommodate. We are coming up with a new committee to strengthen our working relationship,” he said. Vigneswaran also took a swipe at those condemning Barisan for allowing Umno to forge a collaboration with PAS.

He pointed out that DAP had once forged ties with PAS, and it had now formed an alliance with Parti Amanah Negara, which operates on the same Islamic principles.

“When DAP marry (an Islamist party), it is legal. If we marry, it is illegal?

“We are not putting up with this bull,” he told a press conference after the Barisan Nasional supreme council meeting on Friday (March 8).

He said MIC was now learning from DAP and Pakatan Harapan.

“Thank you very much. They have taught us well,” he said.