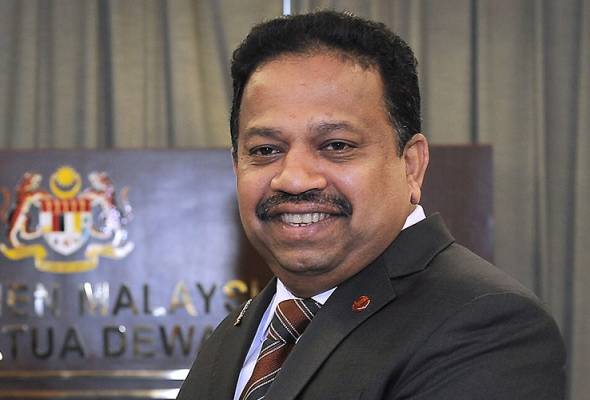 KUALA LUMPUR: “We are not worried at all,” said MIC president Tan Sri S.A Vigneswaran, commenting on the new political party on the block, Malaysian Advancement Party (MAP).

The new party will be led by Minister in the Prime Minister’s Department, P. Waytha Moorthy.

“Parties like the DAP and PKR are more superior to this new party. Nobody would want to join Waytha Moorthy, he doesn’t have the foundation,” Vigneswaran said when contacted today.

He said also said that MIC members who wish to join the new party, can do so.

The MIC, one of the oldest parties in the country, had always had the backing of the Indian community but fared miserably in the last general election, where it won two Parliamentary seats (Tapah and Cameron Highlands) and three state seats. The Cameron Highland seat win was later declared null due to evidence of bribery.

Waytha in a statement, meanwhile, said his party will embark on a journey to protect, promote and advance the interest of the Indian community in Malaysia, as well as protect their political, economic, educational, cultural, religious and social interests.

“As a people’s movement, the party will ensure that it plays a crucial role in the renewed hope and opportunities under the Pakatan Harapan government for the Malaysian Indian community with effective representation.

“Our party’s direction and vision is to adopt fundamental rights and needs-based approach for socio-economic advancement towards community empowerment and resilience,” the statement read.

Waytha said with the new party, he will resign from his position as Hindraf chairman.

“An Extraordinary General Meeting will be called soon to elect the new Chairman for Hindraf to continue its role as the watchdog for the Indian community,” he said in the statement.