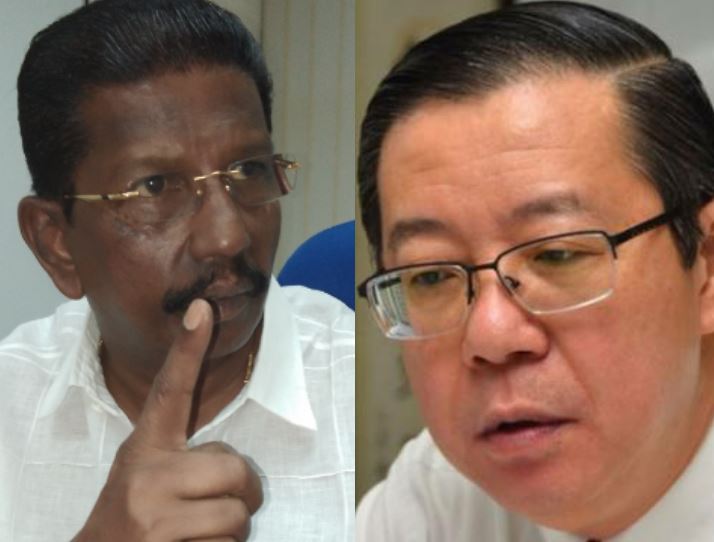 He said Guan Eng had misrepresented the facts that the previous Barisan Nasional government had robbed billions in GST refunds. He said Guan Eng should not feel vindicated just because the Dewan Rakyat Speaker had sparred him from being referred to the Rights and Privileges Committee for his parliamentary lie.

“Guan Eng must quit his ministry and apologize to all Malaysians immediately. He is no longer fit to manage the country finances,” Nyanasegaran, also the Penang MIC chief told NTH.

“If he had told that lie in the court, he would face a perjury charge.”

The controversy started when Guan Eng told the August House of Parliament in August sitting last year that the previous BN administration had robbed RM19.4bil of GST refunds.

However, the Public Accounts Committee (PAC) in its report this month found that there was no evidence to support Guan Eng’s allegation.

By definition, Guan Eng has misled the August House of Parliament by making a false robbery claim.

Nyanasegaran said Malaysians should realize by now that Pakatan Harapan is a coalition of liars.